As a teen, a traumatic event and a breakup sent Sam Payne’s life spiralling out of control. For over a decade, she was addicted to methamphetamine feeling invincible and convinced she didn’t have a problem. At rock bottom, she found herself left with nothing and spent two years in jail on remand. Today, Sam is clean and sober and, for the first time, is looking forward to her future.

I was a good kid growing up. I had a great upbringing, a loving family and I did well at school.

I was in a relationship with a great man and life was good. But, four years into the relationship some of my friends were killed in a car crash and I started to spiral.

I left the relationship because I wanted to party with my friends. I was too young to settle down. This led me into a new and exciting relationship with a gang member who was “cool” and introduced me to methamphetamine.

The drug made me feel powerful and made everything seem so much clearer. I was with him for about a year but he beat me a lot, once so bad I ended up in hospital. During that year, I lost my job, my license, and I had become fully consumed by meth.

Turns out, it was just the beginning of a decade-long addiction.

I left him and moved to Christchurch at around 20-years-old, and things just continued to get worse. I was smoking meth day and night. I would have smoked over a gram a day at this point, which would have been around $1000 a day.

This went on for a couple of years. If you’d asked me then, I would have said I wasn’t a drug addict. I smoked it because I could.

Eventually I’d had enough and so, together with my new partner, we moved away and tried to get clean. I went from riches to rags fast but I knew I needed to do it. I still smoked meth but not as much.

We were living in Motueka and things were great but we couldn’t seem to escape the meth, it followed us everywhere.

I got a job at a pub and later became manager. My partner and I split after continuous fighting and I met someone new. I was back into the meth use big time. My new partner was into it too, but I didn’t realise at the time just how much.

By now, the meth was doing absolutely nothing to me. I had been hooked on it for almost a decade. I’d even started experimenting with new drugs just to get high.

Things went downhill quick when my new partner left $200,000 cash in my pub and then we were raided. I was arrested and lost my job.

After the raid, we decided to drive down to Christchurch so he loaded the car and picked me up, but he was running late so he was driving erratically to get there. I was on a curfew.

Next thing, we were pulled over and the Police found a huge amount of meth in the vehicle. It turns out my partner wasn’t even who he’d said he was. He had a fake ID. It turned out to be one of Nelson’s biggest drug busts and my name was splashed all over the papers in connection with it.

I was left, once again, with nothing. No job, no partner, no friends. I felt hopeless, lonely and completely destroyed. The meth was all I had to feel alive. On it, the pain of what my life had become could fade away and become less significant.

I really lost it. I came back to Invercargill so drugged up I had no idea what I was doing. I put my family through hell, I lied to people, I became nasty and resentful and I had no emotions whatsoever. I knew at this point that I had a meth addiction, but I didn’t do anything about it because I just didn’t care.

I ended up with more than 50 charges due to a range of offending here and in Nelson, and I spent two years in prison on remand. Being sent to prison was the best thing that could have happened. I needed something to happen to stop me.

I worked in prison and I really straightened myself out. I watched so many girls come back and I didn’t want to be one of them. I ended up writing to a man while I was in prison and he was incredibly supportive of my situation. He and I are still together now and we have a beautiful baby boy.

After being released from prison, I attended the He Kete Oranga o Te Mana Wahine Residential rehab. A psychologist there really helped me to understand my behaviours and I got a better understanding of who I was. It really worked.

I then started coming to Nga Kete and attended the Te Rongo Pai group every week and counselling. The counselling has helped me through some tough times, and has helped me to stay on track. I know that if I need to talk to one of the counsellors, I can just call and they’ll be there to help.

The group has also been really great and so different to any other group. Being in a room with people who have been through the same thing as you, but different, it just does something to you. I have tried to encourage others I know to come along.

I feel like the dark part of my life is completely over now. I’ve lived it and went out with a bang. Now, I know exactly who I am. I’m a completely different person – I’m a Mum (my son is my world!) and I’m the happiest I’ve ever been. I feel sorry for those on meth. I get so much anxiety now when I think of meth.

I’m budgeting now and I’m saving. I aim for things and I work towards them and I’m so proud of that.

Telling my story is part of my cleansing. One day, I want to become a motivational speaker, but for now I want to reach out to other addicts in a peer-support role. I feel I could really help people.

I am so proud of the person I am today. 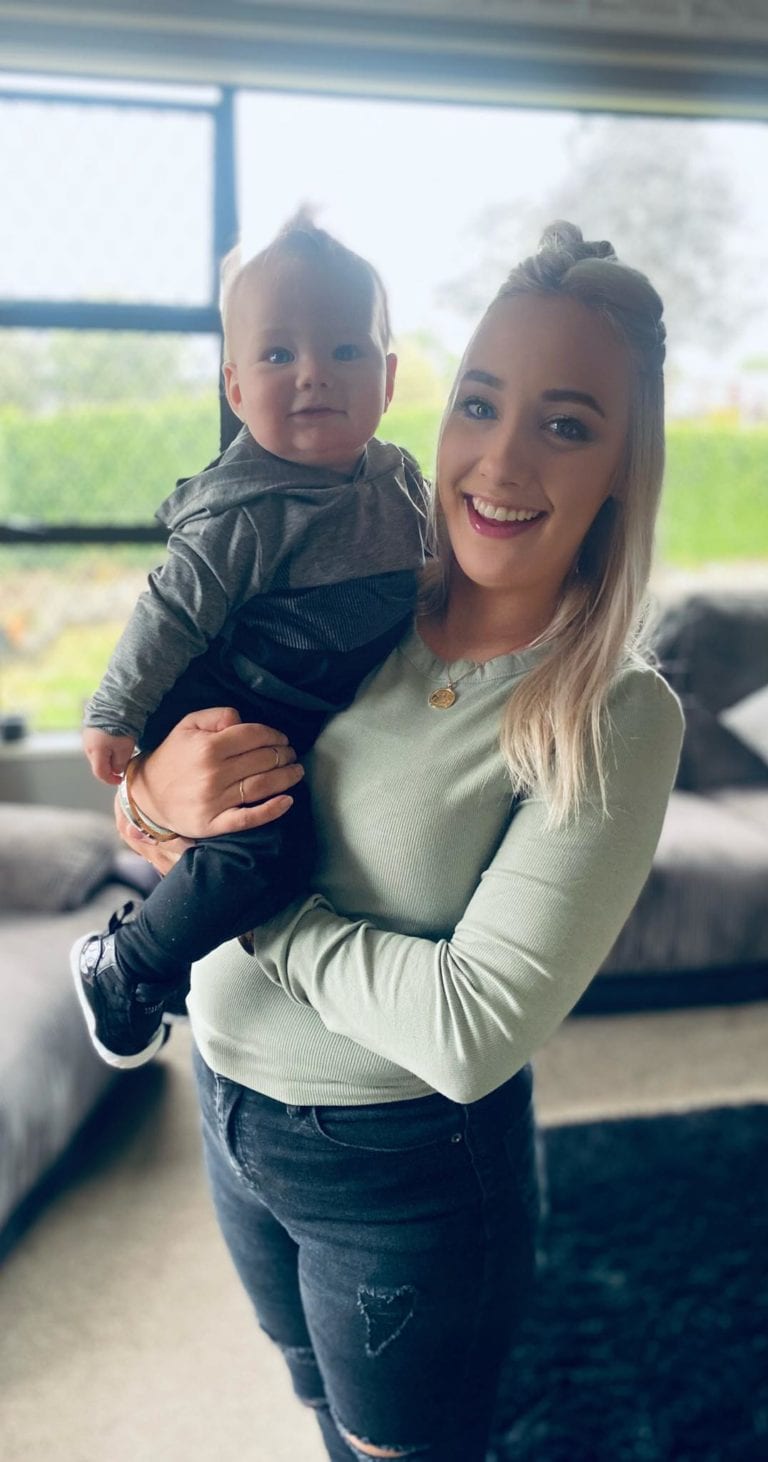 How I Stopped Smoking After 50 Years