Your stories
Your Stories
September 14, 2022

I had a rough upbringing with a father who was in and out of prison and a mother who wasn’t interested in me. I was placed into foster care but that didn’t work out and I ended up living on the streets. I am now a happily married father-of-six, and since I’ve been in the south, NKMP has supported me to completely change my life.

My upbringing was tough. I was placed in foster homes but it never worked out.

My dad got out of prison and tried to care for me but he wasn’t fit to have me so when I turned 12, I left home and lived on the streets. I wasn’t coping and I tried to commit suicide multiple times throughout the years. My life just feels like it’s been one huge battle.

I met my partner at 15 and she soon fell pregnant. We were kids raising kids and times were tough.

I’ve assaulted my partner a lot due to having little feeling towards women. Whenever I was pushed into a corner that was my only mechanism of getting out of it. I know it’s cowardly and I am still working on this. I’ve also been on methamphetamine most of my life – I’ve sold it, smoked it, the whole lot.

My partner got to a point where she was over it with me, but I promised her I could change.

We decided to leave the North Island to start fresh, so we jumped in a campervan and made our way south. We had no idea where we were going but once we arrived in Fiordland, we just knew this was our new home.

Once we were here and settled I knew I had to continue on my path of healing for my family, so I started by coming to see Sandra at the Southern Stop Smoking Service.

I had been a heavy smoker since I was seven – I would smoke three 50g packets a week. I was spending thousands and thousands of dollars on cigarettes. That’s how I had always lived – I would smoke cigarettes and drugs instead of eat. My family thought I would never give up but I was stressed about money and I knew I had to.

I’ve been seven months smoke free now with the support of Sandra. The service was great! There was no pressure to give up and no judgement. There were days when I wanted to smoke but I kept thinking about the CO machine and beating it. I feel so much better now! I have also been three years meth free – a habit I managed to break myself.

Sandra referred me to the Whanau Ora service, and it has completely turned my life around.

We have been working through some goals, one of which was to stop smoking, and another was to get my restricted license, which the navigator supported me with and I will get my full in December.

He has helped me to secure a job. He gave me the confidence to apply and to go through the interview process.

Another of my goals was to get fit, and so often, we would run along the banks of Lake Te Anau together while continuing to talk about things. We were working towards me competing in a 10km marathon, but I caught COVID on the day of the race, so we are now working towards another.

I have also started seeing the Nga Kete Mahana Southern Maori Mental Health and Addictions Counsellor, who comes to Te Anau every fortnight. He is supporting me around my resentment issues, which has been incredibly helpful. Mahana is another of Nga Kete’s wraparound services, from their hub of services.

Coming down here, I feel spiritually connected. Being around NKMP and having this service wrap around me in the way that it has – I haven’t felt like this before. It has empowered me and my mind-set around so many things is changing. Without this service, I know I would have fallen back off the rails.

I am so grateful to NKMP and intend to continue working on goals. My goals for this year are to just love my kids, love myself and fill up the bank account! 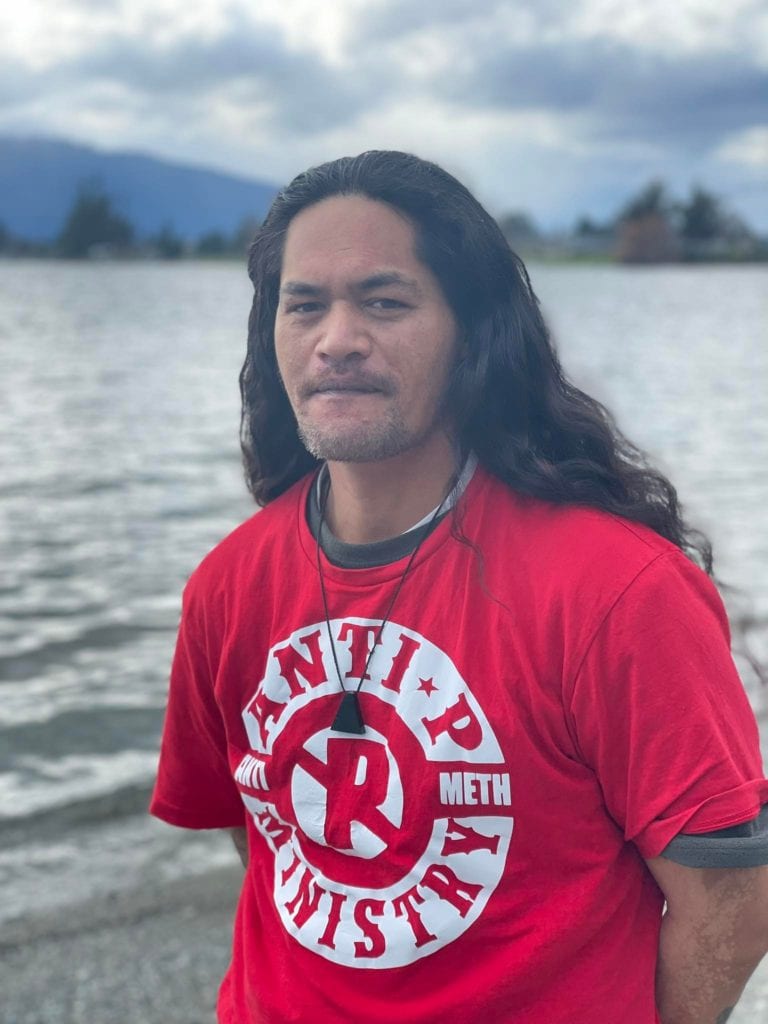