Barbara Metzger was my translator. My mind was exhausted and my body was shattered, but Barbara LISTENED then translated into a language that I understood, but also added her valuable knowledge about the cancer process with the utmost respect. I am honoured to have Barbara and the Maori Cancer Kaiarahi Service by my side throughout my ordeal.

I had moved back to Queenstown after working as a tour guide on Waiheke Island to help my daughter and son-in-law run their business. They had started the business, but my name was on the documents.

Soon after arriving in Queenstown, I joined the roller derby team. Roller derby has been a passion of mine and I really enjoy taking part.

I was at my first practice when the accident happened. I tried to stop but I fell. I stretched out my arm to break my fall but instead I ended up breaking my wrist. The pain was intense, but it was my shoulder that hurt the most.

I had surgery to put three pins into my wrist, got a cast on, and carried on with my life. Two days out of hospital, I flew to the North Island as my mother had fallen ill. I tended to her health and personal needs for a month. My shoulder pain was not easing up.

Any type of movement was heavy and excruciating and that snowballed into a lack of sleep.

I had my cast removed in November 2018 followed by the three pins. From my elbow to my fingers, everything was swollen and black.

At this point, I was also referred to physio, who quickly observed that I was guarding my shoulder. She suggested I book in for an ultrasound.

I had the ultrasound in December 2018 and it confirmed that I had a retracted infraspinatus and supraspinatus complete with tears and a torn teres minor.

In January 2019, I was sent for an MRI. The report came back the same as the ultrasound, however it also showed fatty infiltration was present, which meant it was a pre-existing injury. Apparently, I have had this injury for years and the roller derby accident is what set it off.

This meant, however, that ACC would not cover the injury due to it being pre-existing. But, I was unable to work and being a business owner meant Work and Income wouldn’t cover me either.

My mental health quickly began to suffer. I have endured a lot of trauma throughout my life but the pain of living with a non-treated injury brought all of those traumatic memories to the forefront. Living with pain in your body and mind can take you to some dark places.

I was fortunate that in March 2019 the Ministry of Social Development granted me a benefit.

However, the story continues.

In October 2020, I had my two-yearly mammogram. The mammogram revealed I had breast cancer. It was on the same side as my shoulder injury.

The doctor spoke to me about options and mentioned removing the lump. This gave me hope. However, after an examination I was told I would have to have the entire breast removed because of my shoulder injury – I couldn’t lift my arm to receive radiation treatment. Once again, my shoulder, which was still painful, was causing so much grief.

My daughter and I met Barbara on the day on my pre-op. Barbara asked if there was anything she could do for me and I asked her to support us by coming to the appointment.

Throughout all of it, Barbara has been there for me. If I come across an obstacle or I need a listening ear I call or email Barbara and she says, “Leave it with me” – but she always comes back and asks my permission - It’s all about respect.

My daughter saw and felt that Barbara was the right person for her mum and that she had someone to lean on if needed. This was massive for me.

I couldn’t be more grateful for the support and assistance I have received from the Maori Cancer Kaiarahi Service.

I am now clear of cancer but the battle is still ongoing. I developed lymphedema after the breast and the cancer were removed and my shoulder is still painful. I am currently awaiting an operation to have a Reverse Shoulder Operation.

But I do feel better knowing I have Barbara and the Maori Cancer Kaiarahi Service in my corner.

What is the Maori Cancer Kaiarahi Service?
The Maori Cancer Kaiarahi Service is a free service in Southland designed to support Maori and their whanau with high suspicion of/or diagnosis of cancer. The service supports individuals and whanau to get the right information, make informed decisions about treatment options, and get to treatment. To get in touch with us phone (03) 214 5260 or Freephone 0800 925 242, or visit us at 92 Spey Street (Level 2), Invercargill. 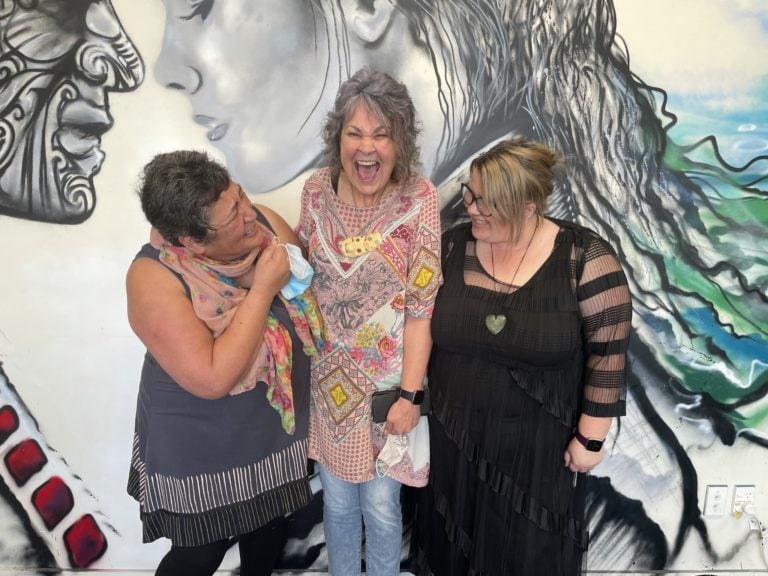