David, who has been working as an addictions counsellor at Nga Kete since April, began his new role this week.

David was raised in South Auckland and has lived there for most of his life, as well as 10 years in Northland where he connected with his tribal and cultural roots.

It was in Northland that David started working in addictions, first as a stop smoking coach and later in alcohol and drug addictions.

“I began working in the field after receiving some counselling myself for alcohol addiction. I know there’s a massive need in communities for this type of support.”

He has worked for Ngati Hine Health Trust, Raukura Hauora o Tainui, helped to set up a Salvation Army Bridge Programme in Kaikohe, worked at the Waitemata District Health Board, and facilitated programmes in prison, among several other roles.

“I enjoy being able to support people to be the best people they want to, helping them to overcome their addictions, and improve their mental health and wellbeing. I enjoy being a part of people’s journey and recovery.”

David and his wife (who is Ngai Tahu and whose family came from Ruapuke Island) decided to move to Bluff because it had been her lifelong dream to connect with her marae and her iwi.

The pair have four adult children and six mokopuna. Outside of work, David enjoys spending time with his family, and playing golf and darts. He has a passion for kapa haka, which is evident in the numerous performances by he and his family at Te Matatini Festival, the national kapa haka competition held all across New Zealand. 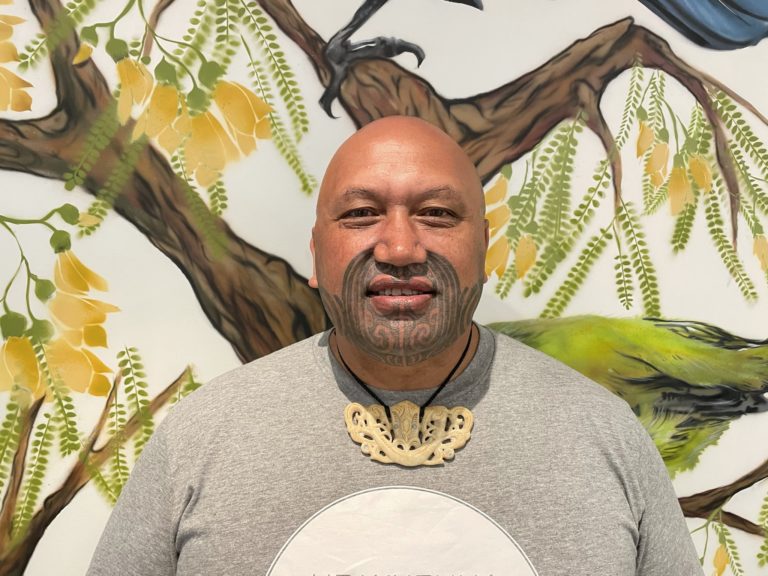 Sizzling up Some Sausages