I started smoking when I was around 12-years-old because everyone around me was smoking and back then, we didn’t realise quite how dangerous it is.

I continued smoking until about two years ago when a partner asked me to give up, so I did it. I did it for them but it only lasted around 6 or 7 months because I was doing it for someone else and it was just never going to work.

At the time, I had gone to the doctor who then referred me to the Southern Stop Smoking Service. The coach was helpful and we got along well, but I just wasn’t ready.

Recently I started to notice cigarettes were leaving a gross taste in my mouth. I was sick of my 20 cigarette a day habit and I decided it was the right time for me to stop. I wanted to do it for myself, which I’ve found makes a massive difference.

I decided to contact the coach again and I’m pleased I did. She supported me on the journey and I found it helpful to have someone to just talk to and who would listen. That support was so invaluable. I used the champix medication to stop smoking.

I’ve had a few moments where I really wanted to buy a packet of cigarettes but I’ve stopped myself because I didn’t want to start over again. I’ve been smoke free now since January.

One of the biggest things I’ve noticed since quitting is how calmer I am. When I was smoking and something would annoy I would get worked up and I was quick to fire, but now I’m calmer. It’s like stopping smoking has mellowed me. I’m so much more relaxed.

I’ve saved tons of money, which I recently spent to fix my car. Now I am saving for a trip to Australia. I would definitely recommend a stop smoking coach! 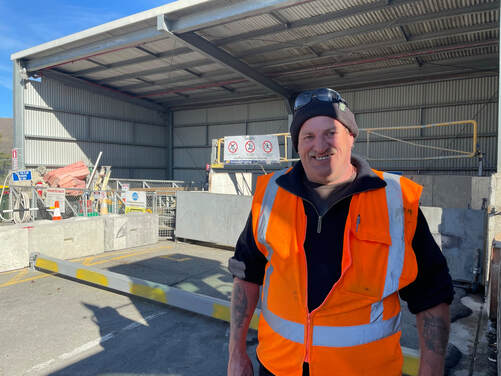